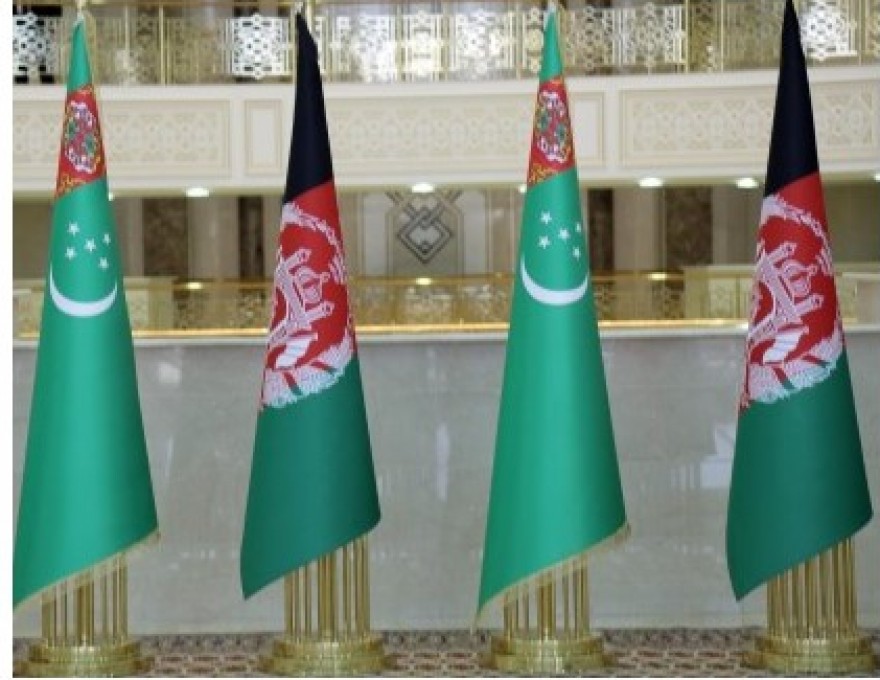 Today, on March 24, a telephone conversation was held between the President of Turkmenistan Gurbanguly Berdimuhamedov and the President of the Islamic Republic of Afghanistan Mohammad Ashraf Ghani, during which the Turkmen Leader congratulated his Afghan counterpart with the reelection to the highest state post.    Noting the constructive character of cooperation between the two countries, the Presidents underlined the significance of coordinated partnership for the benefit of two states and...

On March 24, 2020, a telephone conversation was held between the Minister of Foreign Affairs of Turkmenistan Rashid Meredov and the Minister of Foreign Affairs of the Republic of Turkey Mevlut Chavushoglu. The parties discussed the most relevant issues of the bilateral agenda, particularly the economic and humanitarian issues were touched upon. Diplomats underlined the trustworthy and open character of Turkmen-Turkish relations. Noting the necessity for strengthening cooperation in differe... 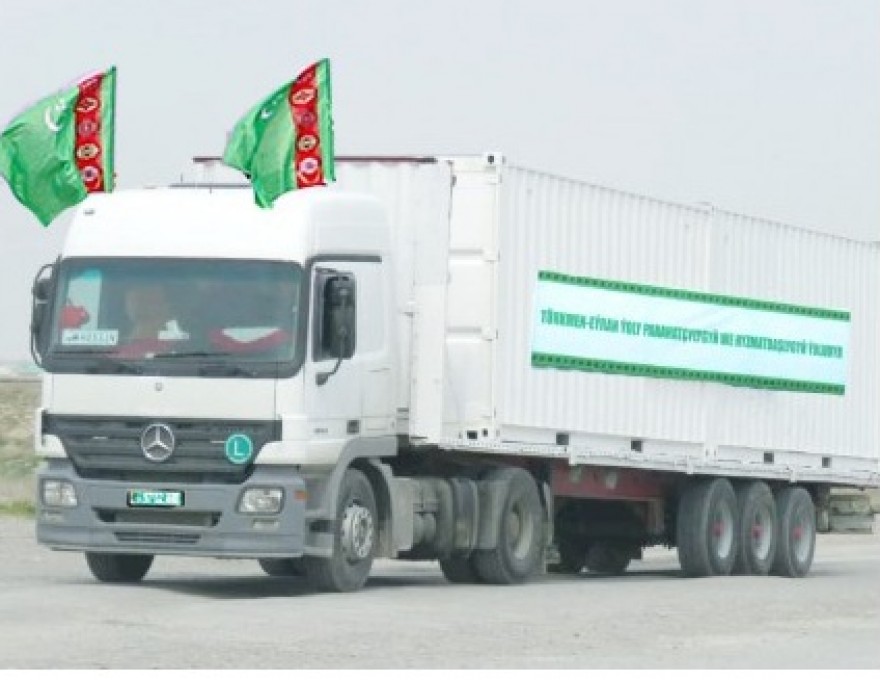 Being committed to native traditions of good-neighborliness and high humane values, President of Turkmenistan Gurbanguly Berdimuhamedov signed an Order, according to which humanitarian aid consisting of essential goods, including the medical tools were donated to the Islamic Republic of Iran due to the increase of cases of acute respiratory diseases evoked by the coronavirus on the territory of brotherly country. 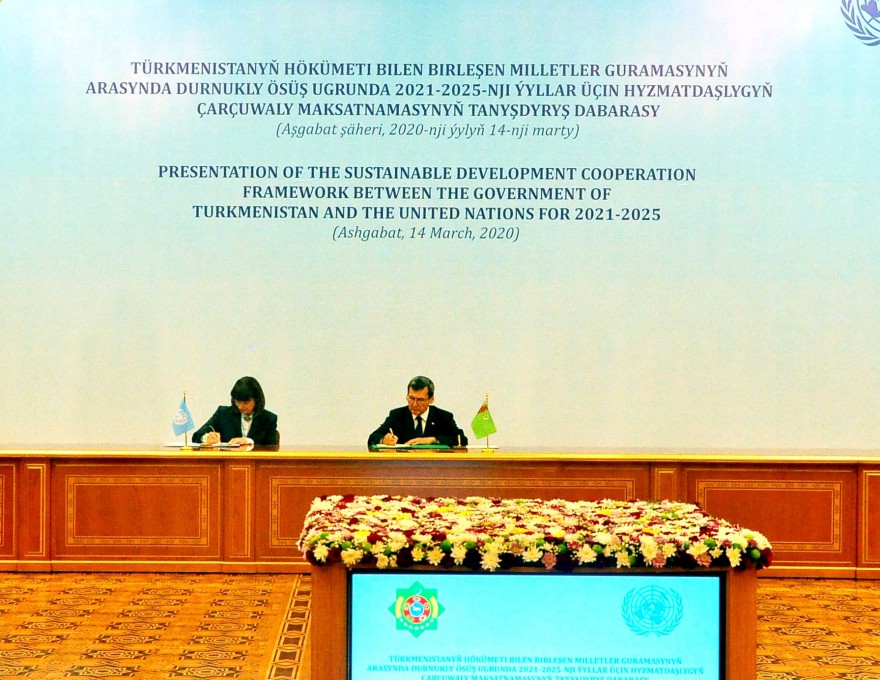 Turkmenistan and the United Nations are committed to long-term cooperation

On March 14, 2020, the presentation of the Sustainable Development Cooperation Framework between the Government of Turkmenistan and the United Nations for 2021-2025 was held in the hotel “Yildiz.” The given document is aimed to promote further collaboration between Turkmenistan and the UN in different areas, including the maintenance of economic stability and growth, protection of social rights of the population, enhancement of the healthcare system and preservation of ecological balance.    ...

Symbols of the 25th anniversary of Turkmenistan’s neutrality appeared in the streets of Wiesbaden, Germany

Banners with the emblem of celebrating the 25th anniversary of Turkmenistan’s neutrality decorated public transport in the city of Wiesbaden – the capital city of the Federal State of Hesse in Western Germany. The banner depicts the Abadanchylyk Monument against the background of the panorama of Ashgabat, which symbolizes peaceful development and prosperity. It also shows the website dedicated to the anniversary of the Turkmen neutrality and all important events related to this occasion. It i... 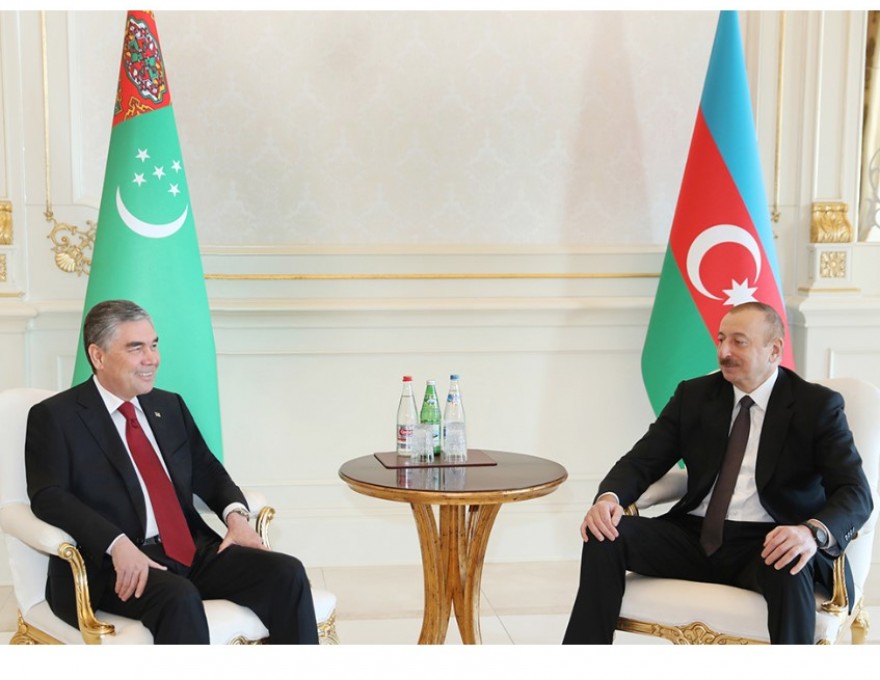 On March 11, 2020, President of Turkmenistan Gurbanguly Berdimuhamedov left for an official visit to the Republic of Azerbaijan. After some time, the presidential plane landed at the Heydar Aliyev International Airport, decorated with the state flags of the two countries. Officials met President Gurbanguly Berdimuhamedov in the air harbor of the capital of Azerbaijan. From the airport, the motorcade of the head of Turkmenistan proceeded to “Zagulba”, the residence of the President of Azerb...